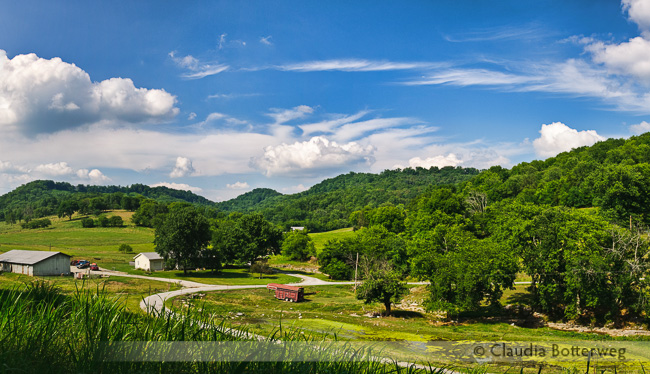 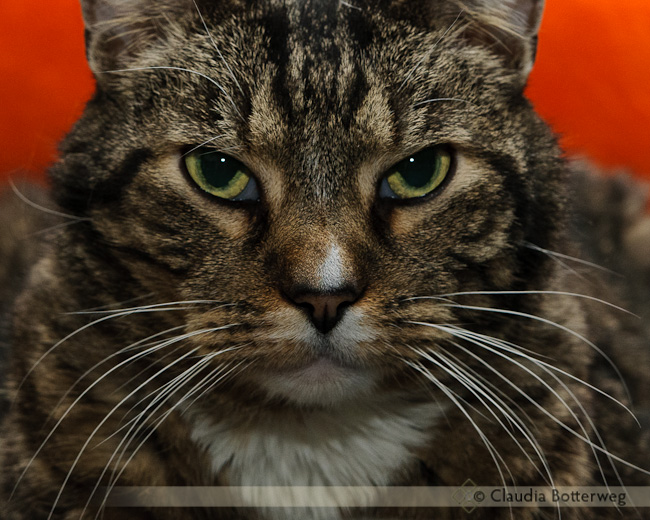 In 1991 when the boys were 5 and 3 years old, we went to the humane society to find a kitten. The place was overrun with kittens; there must have been at least 100. All of the kittens ran away from the two small humans (cats being generally smart), except for three tabby siblings. The tabbies were the only kittens in the room that would let the boys pick them up and cuddle them, so we just had to choose one. Sorry little white Persian kitty, you hissed at me so we had to leave you there.

Ben named our new kitten Rainbow, because he was stripy. Rainbow was a lovey-dovey cat, would jump into anybody’s lap and purr, purr, purr.

Several years ago Rainbow taught me the meaning of the word mortified. A student had just unpacked his bass and set his cover on the floor. Rainbow ran across the room and peed on the cover! Ack! We couldn’t figure out why because his box was clean. After that he was banned from the studio.

When Rainbow was young he would bolt out the door every chance he got. He must have had a scare when we accidently left him outside in the late 90s because he stopped trying to get out. A few months ago, though, he started running for the door every time it was opened. My theory is that he was getting senile, poor old guy, and remembering his younger days when he had so much fun outside. 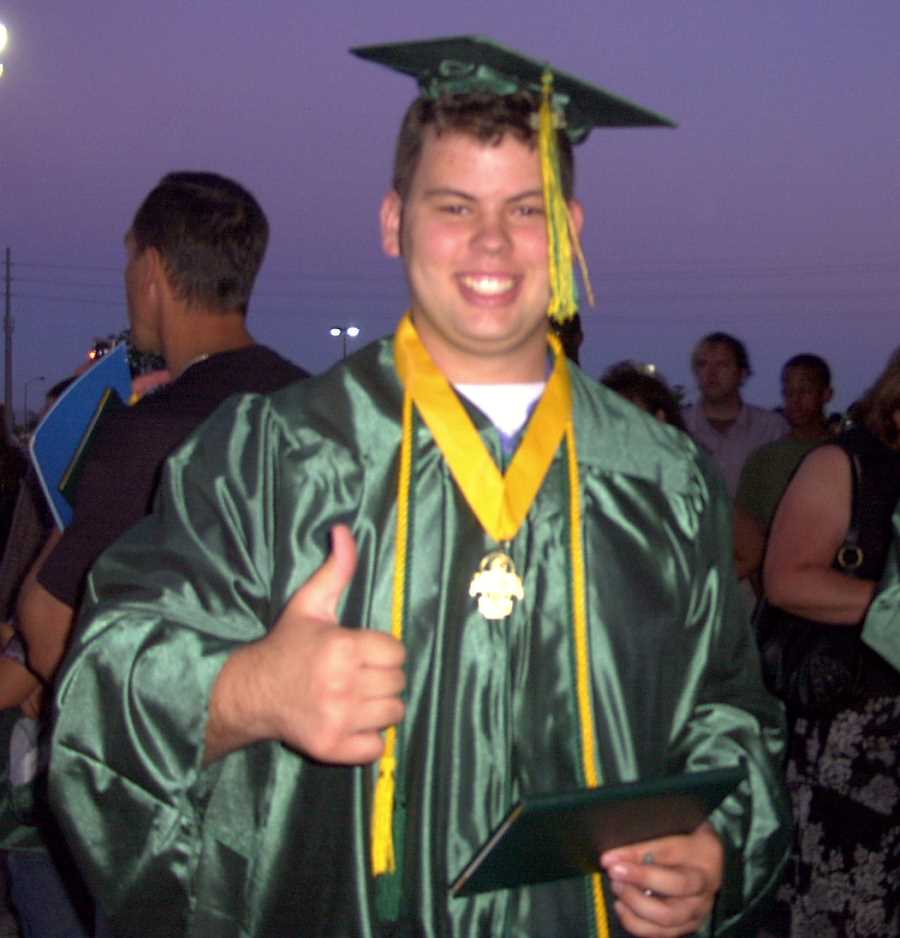 Here are a few pictures from Glenn’s graduation last spring from Greenway High School. He’s at ASU now, studying engineering. We’re all so proud of him and his mathmatical geniusness. It was held at the hockey arena in Glendale.

Glenn shakes a hand and receives his diploma, hurray!

Glenn’s in there somewhere! 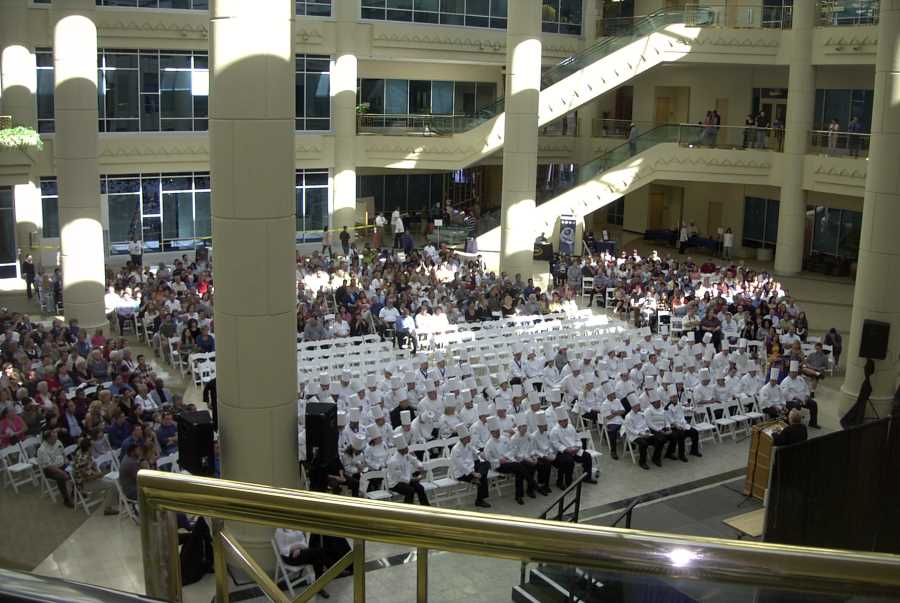 Ben attended Scottsdale Culinary Institute from July 2004 to October 2005 at the morning sessions. He didn’t have a car, so he took the bus. SCI is on the other side of the Valley. In order to get to school for his 7am class, he had to catch the bus at 4:30am every day. I’m so proud of his determination and accomplishment. Ben would have gotten the Perfect Attendance Award, but he fell asleep on the bus one morning, missed his transfer, and was 90 minutes late.