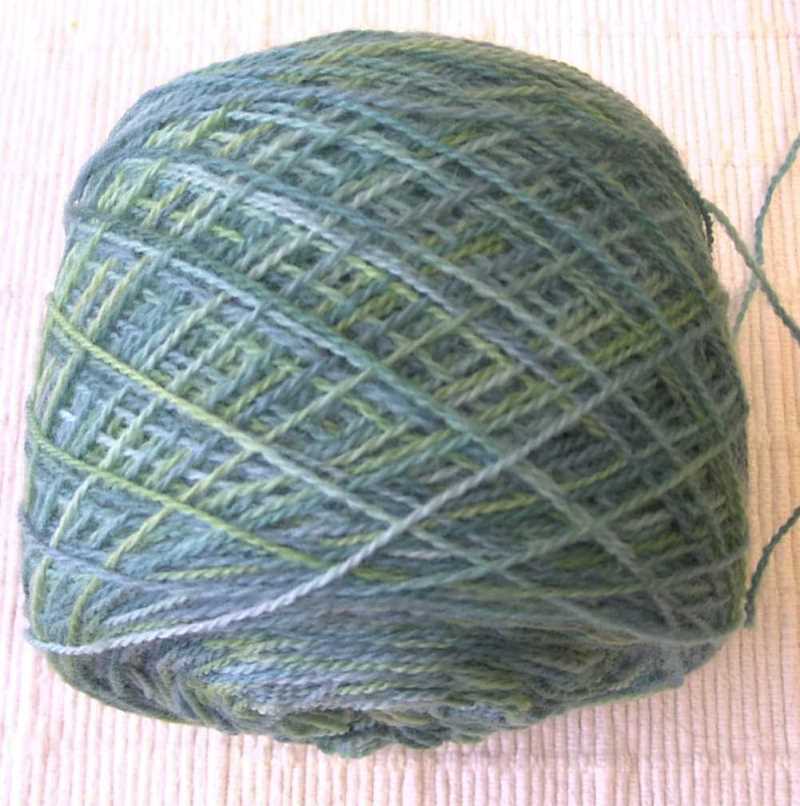 Stash enhancements: I’m on a lace kick. Maybe it has something to do with the fact that Interweave Knits seems to be on a lace kick… The first is from Black Bunny Fibers, 100% laceweight merino hand dyed beautifully in a color called Jade. I’m in the process of joining the Black Bunny Hopalong sponsored by Knitty D and the City. Fun fun fun!

The pattern I chose is from Shawls and Scarves: The Best of Knitter’s Magazine. It just happens to be another pattern from Eugen Beugler 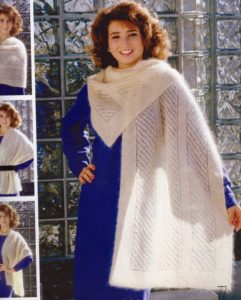 And here’s a start I made. I like the diagonal variegation, and the bumpy garter stitches. I think in the end it will look a little like a woven ruana I craved but couldn’t afford. 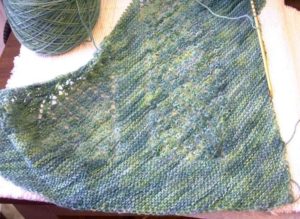 The second purchase is 100% Soy Silk in Nearly-Solid Eggplant from a local dyer, Conjoined Creations, which I purchased at Needler’s Nest. I was only going there to get more yarn for the Icarus Shawl… I got a pattern for a shawl by Two Old Bags called Concert in the Park. I think this will be absolutely gorgeous!

The ladies at the shop had a hard time winding it in to balls, the yarn kept getting tangled. They ended up doing one by hand, the sweethearts. The theory was that it was so difficult because the yarn was sticking to itself. 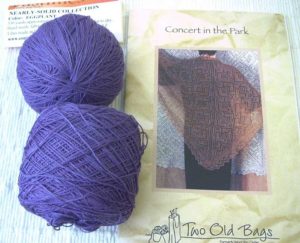