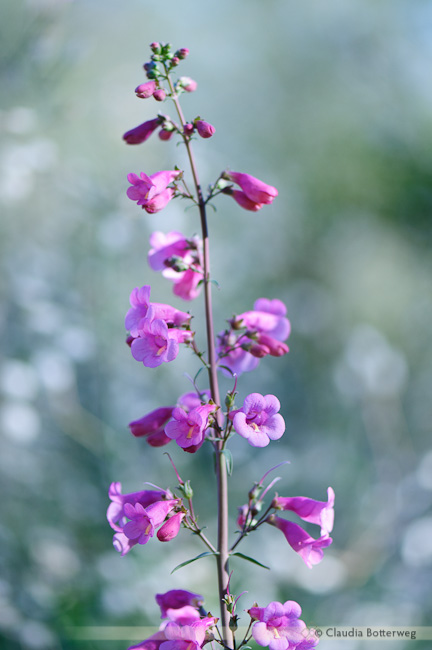 Another flower to plant if you want to attract hummingbirds is the Penstemon. This is Parry’s Penstemon. I’ve been spelling Parry wrong all these years! Charles Parry discovered many new species in the American Southwest during the second half of the 19th Century, and there are many plants named after him.

I took this photo with my Nikon 105mm macro lens.