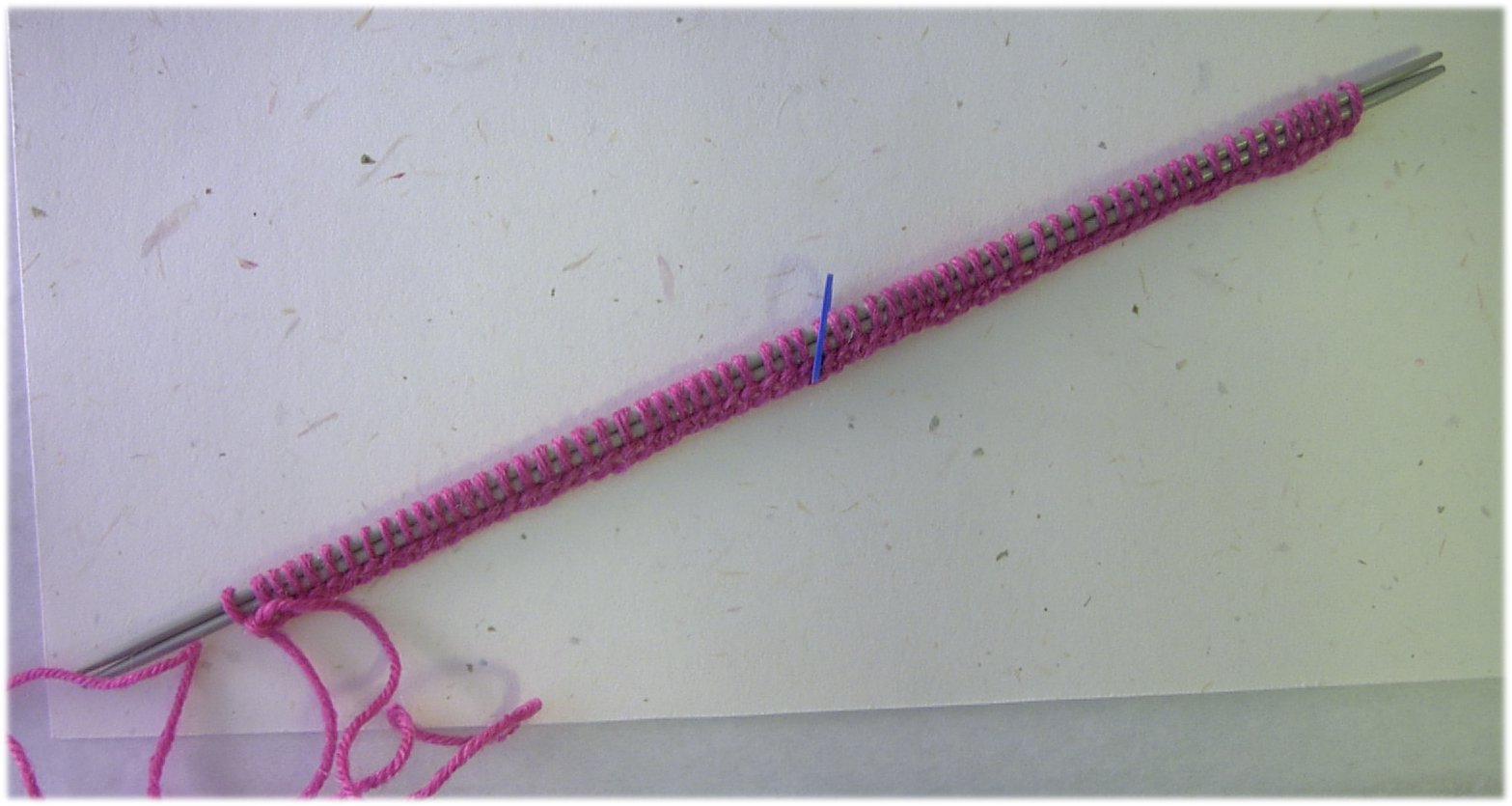 During my first pair of socks, I decided that it would be best to knit two socks at the same time. While there are many resources on the web and in books on how to cast on using a long circular needle, I always got confused over where I was and devised this method. It might take a few more steps, but it’s easier for me to keep track of. And I apologize in advance for the poor picture quality. Directions are for right-handed peoples… Needles and accesories: 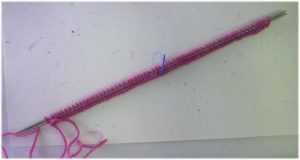 Here’s information we will use later: There is a “slashy” side: 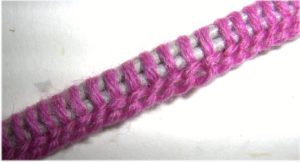 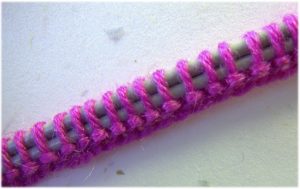 2. Now pull one needle out until you reach the marker, then push it back so it’s sticking out. Make sure all the stitches stay on the other double point. You’ll end up with this:

3. Pull the other needle out in the opposite direction. You can put away the stitch marker but don’t lose it till you’re done with the second sock. The result: (As you can see, it naturally folds in half. This picture shows all the slashes on the inside, and all the bumps on the outside.) 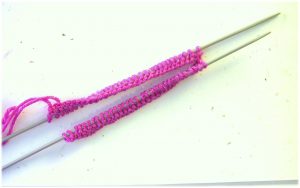 4. Slip stitches to the circular as if to purl. I always start with the half without the long tail: 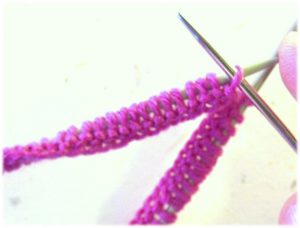 Count as you go, just to be sure… 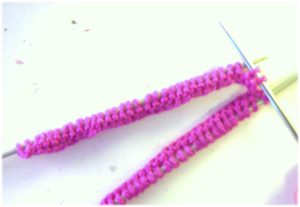 You’ll end up with half the stitches on the double point, and half on the circular: 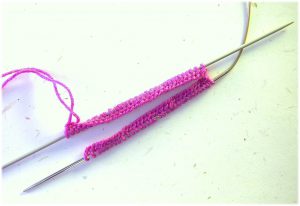 5. Using the other end of the circular, slip the other half of the stitches. You’ll end up with this (the circulars just want to flop around): 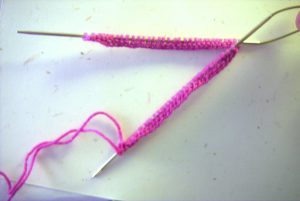 6. Now for the fiddly part. There are several ways to connect the circle but I think this looks best. Turn the circular so the tips are pointed to the right. Make sure your stitches are folded in half with with the bumpy side on the inside. (You should have your long tail on the back needle.) Using one of your double points, slip the first stitch on the back needle to the front needle: 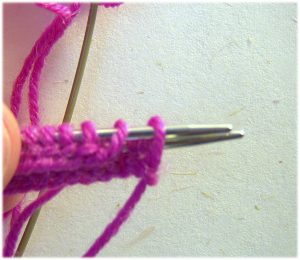 7. That was easy! Now think of this next in 2 parts: a) On the front needle, and still using one of those pesky double points, slip what used to be the last stitch over the stitch you just put there, and keep it on the double point:

b) Bring that stitch to the back needle and let go. All finished: 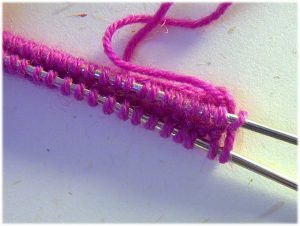 8. Repeat all for the second sock. When it comes time to slip it on to the circular, there are a few considerations.

And then you’re ready to knit knit knit 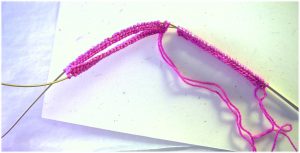 If you have any questions, please leave a comment. If my photos are not clear, I can try it again on my next pair of socks when my husband’s home to help!