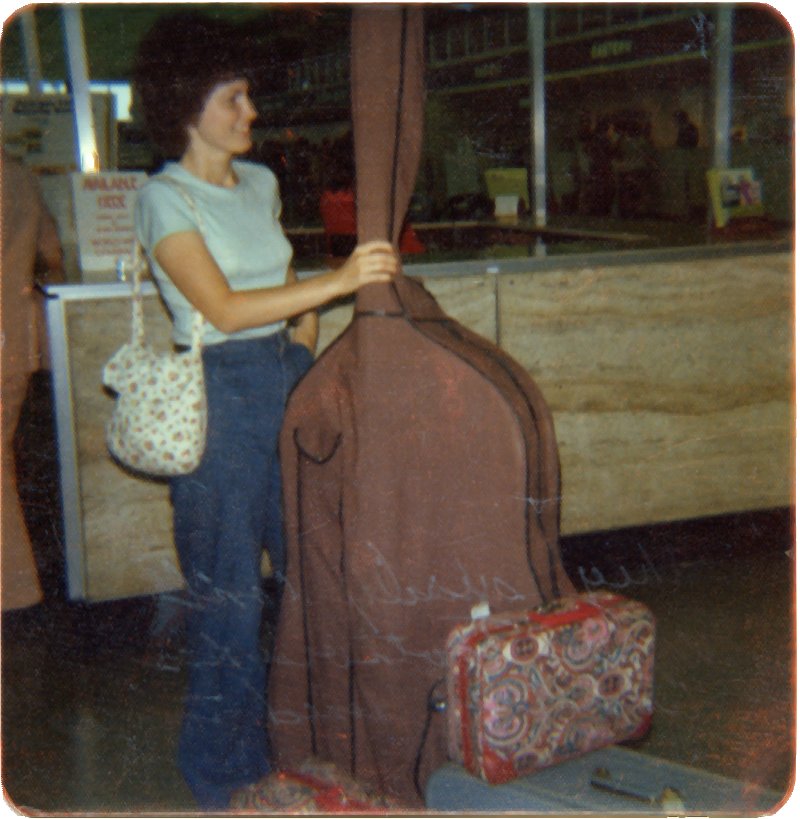 In the summer of 1975, my bass and I had to go to North Carolina for Eastern Music Festival. We flew on Eastern Airlines. My parents bought a half-price ticket for the bass so that it could sit in a seat.

Before the kids and the old people and the infirm got their chance to get on, the Eastern Airlines gate guy took my bass on the airplane. He spent 20 minutes trying to get the bass in a seat. Finally he gave up. My bass ended up standing in a corner of the pilot’s cabin. And it had a fun ride. The plane was late. A few weeks later my parents received a refund for the half price ticket.

The experience was so pleasant that I would recommend flying Eastern Airlines whenever you need to transport a bass on a plane. But for the last 20 years, basses have been required to ride in the luggage compartment (in a hard case). And Eastern went out of business in 1991. Coincidence?